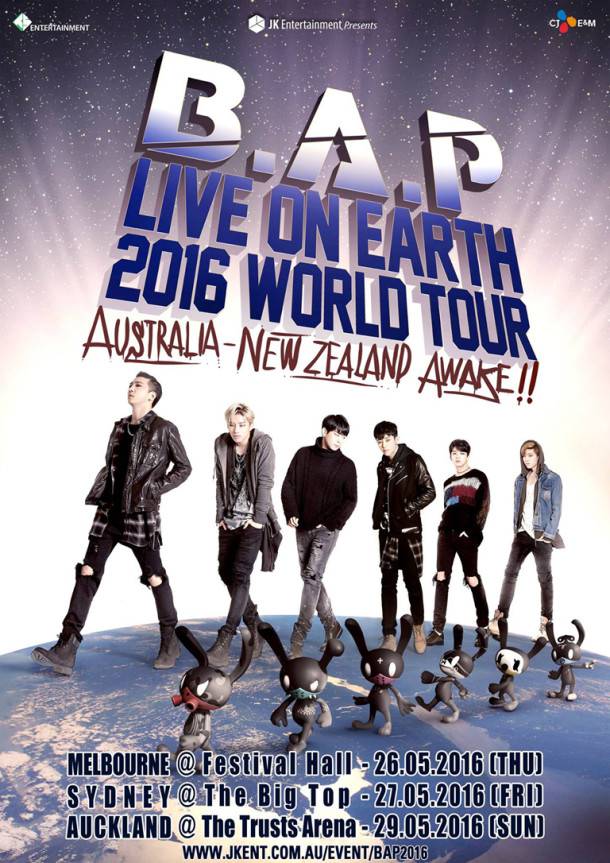 B.A.P (Best Absolute Perfect) is Korean boy group with 6 members; Yong Guk, Himchan, Daehyun, Young Jae, Jong Up and Zelo. They have distinctive characteristics, showing strengths in live performances, charismatic dance moves and unique rap styles. B.A.P released their first debut single “Warrior” in 2012. Since then, they have been releasing the multi-hits such as “No Mercy”, “Crash”, “One Shot” and successfully making their name famous to the world.

This May, B.A.P will be visiting Auckland for the very first time to set the fire on the KPOP wave.

5 years ago in Uncategorized
Comments